This is a book that carefully evaluates the role of parents in the lives of their children. In this volume the author raises and answers questions about parenting that are often over looked. All children are given parents, but why? Many species bear young they are completely capable of surviving on their own, but not people. What is the primary function of parents in the life of the child. The task of parents is raising children, but exactly what does that mean? And when, if ever is that task accomplished? 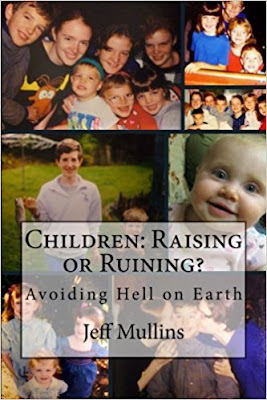 Identifying the purpose, goal and motives of parenting are essential to being effective as a parent. The author carefully addresses each of these areas provoking the reader to think about and evaluate the answers to these questions. The book also addresses the practical issues of parenting such as discipline, education and stages of parenting.

The underlying premise of the book is the God created parents and children. As such, the instructions provided in the Bible provide the basis for what it means to be a good parent and a good child. Each reader will find much helpful information and insights into parenting in the pages of this book.

be the source of one's greatest joy in life or their heaviest burden. To a significant degree, the difference depends upon who you choose as your life long spouse. Ironically the choice of who to marry is often made by relatively immature people, who are strongly influenced by emotions and hormones, rather than reason and reflection.

My Beloved Addiction is a book that begins with a focus on overcoming addiction but ends up being a journey in Christian discipleship. Addiction is an intense expression of the same sin and idolatry that is common to all people. What sets addicts apart from other people is the degree of devotion to their sin and their willingness to sacrifice all else for it. All people are addicts at heart.

Those who would be considered non-addicts are held back from full-blown addictions by some influences in their life. Non-addicts are unwilling to sacrifice everything else to the selfish idol called addiction.Addiction is, first and foremost, a spiritual problem. As such, true victory over addiction requires a spiritual solution. Many programs for addicts have a spiritual component. Some direct the addict to a god who will give them the strength needed to be sober. Yet the spiritual component of such programs is viewed as a means to sobriety and only addresses the symptoms of addiction. To the deg…
Read more

YOUR FREE COPY OF A BIBLICAL DISCIPLE!

Discipleship is at the Heart of the Church. Each Christian is a disciple and should be making other disciples. This book is intended to jump start the process of disciple making. The lessons explore important matters such as defining faith, salvation, the goal of salvation, spiritual growth, the importance of Church involvement, and more. A Biblical Disciple is designed to be used either as a self study guide, a one on one discipleship tool, or as a text for a group study.
Read more